Naples is very well connected with the rest of Italy, with Europe and with all the world and this makes arriving to Naples always very easy. The arrival is a moment playing an important part when travelling and to make smoother your first approach with the third biggest Italian town you might find useful to read the following quick  information on how to arrive to Naples. 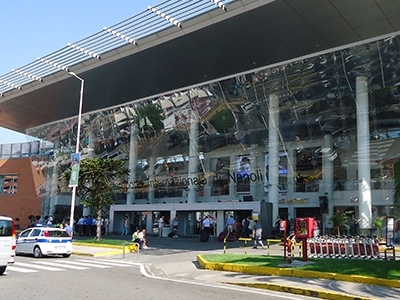 Located only 5 km from the city centre, the Naples International airport Capodichino is connected with the main italian and european destinations and served by national and low cost airlines. 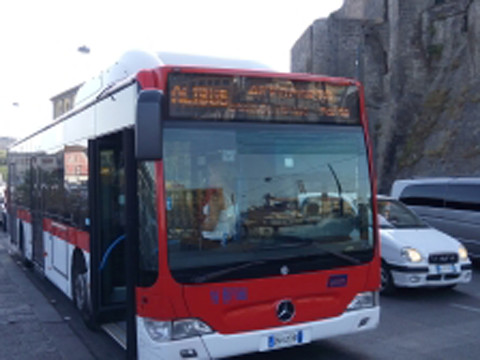 The Alibus shuttle connects the airport with the centre of Naples on frequent timetable making stops in Piazza Garibaldi (in front of the Central station) as well as at Port maritime station, from where you can take ferry to Sorrento, and the islands of Capri, Ischia and Procida. The tickets can be purchased onboard the bus (4 €) or in the newspaper kiosks inside the airport (3 €). From the Capodichino airport you may also take bus going directly to Sorrento, Salerno, Avellino and Benevento.

Accordingly to the exact zone of Naples you go, the taxi fare from the airport may change between 18 € and 30 € approximately. Remember that you can also ask the taxi driver at the beginning of your trip to pay the fixed price applied to cover the distance to the most common destinations in the town (e.g. central station, port, city center, Vomero, Posillipo, Fuorigrotta). 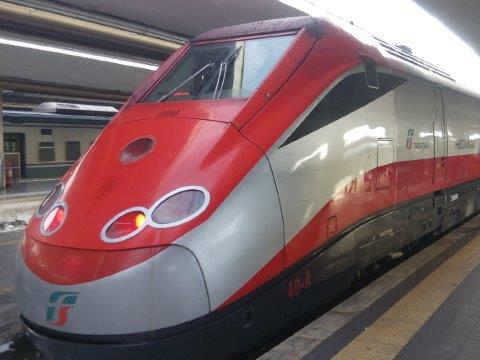 The central train station of Naples is at the end of the very animated and crowded Piazza Garibaldi.

Purchasing ticket online with some advance may let you find very competitive offers and save money. Travel time from Rome to Naples changes accordingly the type of train used: trip on high-speed train is about 1 hour, whilst approximately 2 hours by intercity. By regional train, it is about 2,45 hours, but in comparison the price is very cheap. 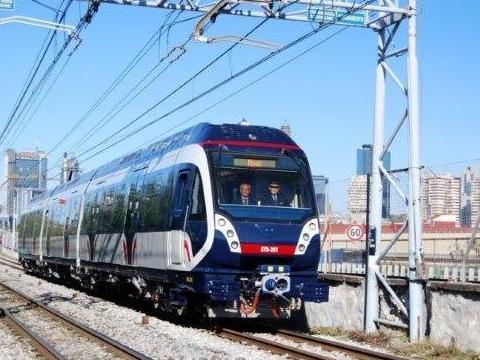 Both Line 1 and Line 2 of the metro make stop at Garibaldi Central Station. The suburban railway Circumvesuviana also stops in the central station, ensuring frequent connections to Ercolano, Pompei and Sorrento. 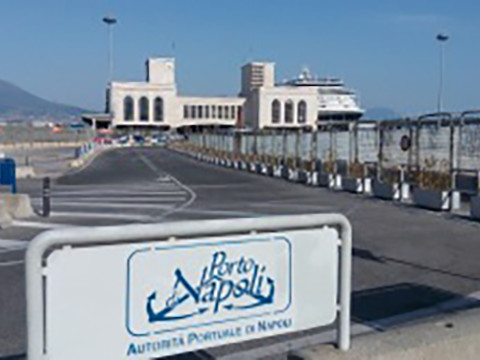 The Cruise terminal of the port of Naples is located in the very heart of the town, at the corner between Via Acton and Piazza Municipio. Just at his side there is the Molo Beverello where plenty of high-speed boats connect daily to Sorrento, Capri, Ischia and Procida.

Once outside your ship, just go ahead to Piazza Municipio, where you will also find the Municipio stop of Line 1 and going ahead to Via Toledo, you can easily take the Funicolare Centrale. 500 m east of the Cruise terminal, there is another terminal, Calata Porta di Massa with ferries to the isles of Capri, Ischia and Procida and also to Palermo and Catania (Sicily) and Cagliari (Sardinia). 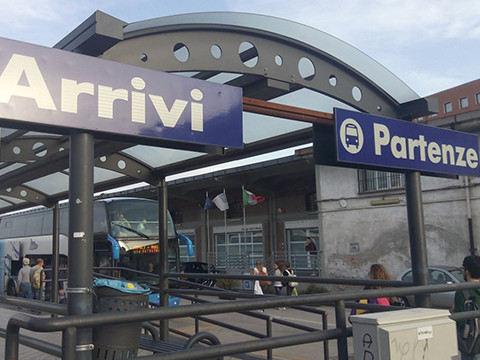 Arriving by bus to Naples can be a valid and cheap solution, especially from destinations not well served by trains. The main bus terminal of Naples is on the left side of the central station building. Frequent buses run everyday to the internal towns of Campania region as well as to many other Italian regions like Marche, Puglia, Basilicata, Toscana. Some international bus companies also offer connections from Naples to Germany, France, Austria, Spain and especially to Poland, Ukraine and Romania.

Important to know that there is also an another small bus terminal in the port, at Varco Immacolatella, just in the middle between Cruise Terminal and Calata Porta di Massa. From here many daily buses depart to Amalfi, Positano, Salerno, Avellino and to Bari. This terminal is just 200 m far from the Università stop (Line 1).